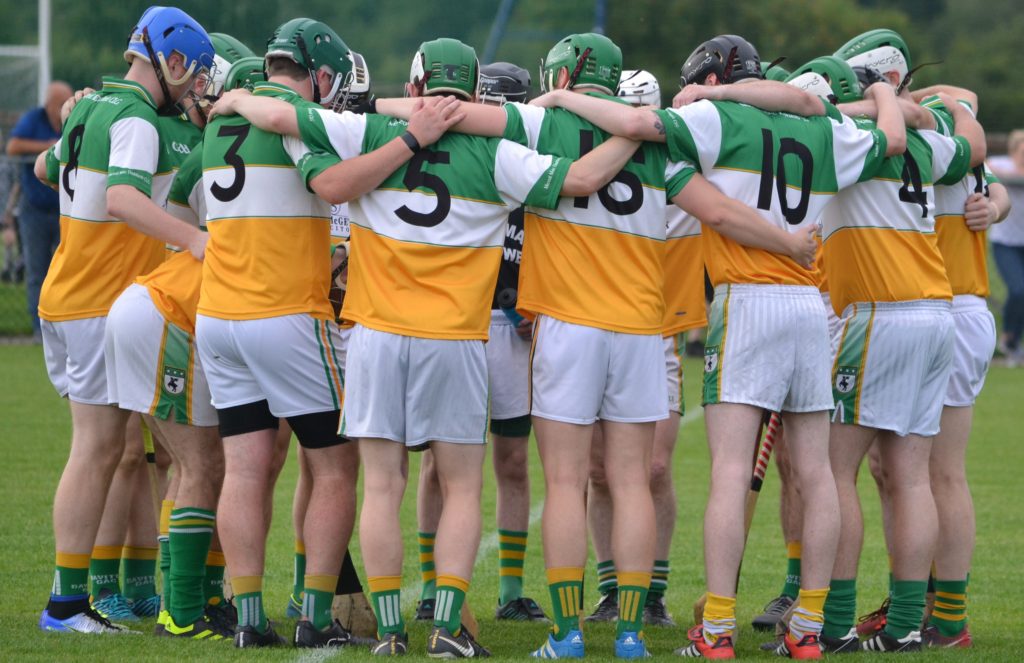 The senior hurlers relinquished their Junior B crown when going down by 5 points to Ballymena at Randalstown at the semi-final stage.

We started brightly registering the opening two points from Stephen McGivern and Canice Mooney, however Ballymena struck back with three points to take the lead, a lead they would retain to the end. Our performance was very lack lustre and flat and it was Ballymena who dominated. They were by far the hungrier team all over the park and we were never able to raise our game to match their intensity. Any time we looked like getting back into the game they knocked over a score or two or forced us into errors. While we hadn’t played well in the first half we were only trailing 0-7 to 1-8 at the break and were still very much in the game.

However, the second half was to follow the same pattern and Ballymena stifled any threat we could muster to run out deserved winners 1-9 to 2-11. There is no questioning the better team won on the night and they move forward to the final to face St Agnes.