The club was formed in 1921, following the break up of the Peter O’Neill Crowleys GAC and was initially based in Marquis Street at the bottom of the Falls Road. In the 20’s, the club moved to premises in Dunville Street, better known to people far and near as “The Shack”. Mrs Hill donated the premises for the sum of 1p rent per quarter and she was later bestowed the honour of being the club’s only female president to date in 1934.

Poor coverage of GAA activities during the club’s first few years and the absence of club records from those times has sadly left only distant memories. The first recorded story of club success dates back to 1920 when Parnell’s were defeated in the South Antrim Intermediate Football Championship final. Nationally, that same year, Michael Hogan, playing for Tipperary, and thirteen spectators were killed when the British attacked Croke Park. Two years later, another title, the County Junior Football Championship was won and paved the way for the clubs greatest achievement to date. In 1923, competing in their first ever Senior Championship the club captured the silverware, defeating Stephen’s in the final (0-5 to 0-1). Reports show that it was one of the best finals of that era. That same year the club also won the Corrigan Cup.

Unfortunately, the early pioneers ran into difficulties and had to withdraw from competition towards the end of the decade. The club returned to compete at Junior level in 1931 and success quickly followed. A year later, they completed a Junior League and Championship double. We overcame O’Donnell’s in the Championship Final, having defeated St John’s by the minimum margin in the semi-final. Disquiet and defections in the mid-thirties led, once again to our withdrawal from competitions, as Cavan became the first Ulster county to win an All-Ireland Senior Football Final (1933). Despite efforts to resurrect our teams in 1936 it was to be some seven years before a Davitt team took the field again. 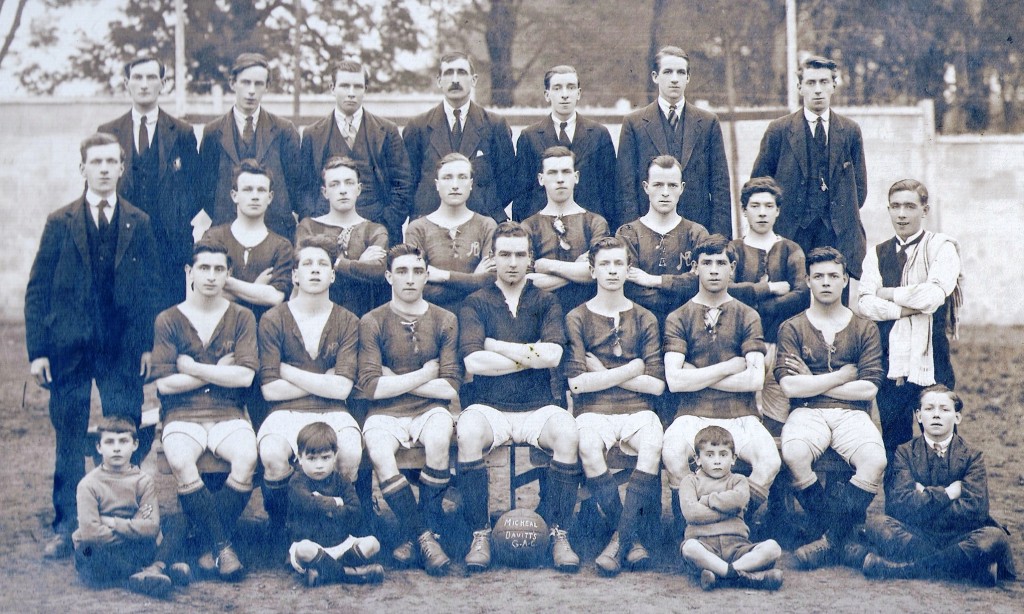 Â AÂ  team from the twenties. Note that there were only thirteen players in a side from that period.